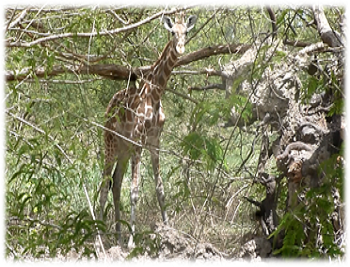 The rescue of this giraffe calf wandering alone in the park is even more crucial for the species conservation in the light of the results of last wildlife survey conducted in March 2018, which identified fewer than ten giraffes in the entire area.

Discovered during an anti-poaching patrol, this young giraffe roamed alone in Bamingui-Bangoran Park for several days. The mobilization of the Ecofaune team was immediate and this fragile giraffe, named “Kristel”, has since been constantl monitored. A group of rangers is assigned to its protection and the rest of the team is working to closely monitor a group of 6 other giraffes that is moving near the area where Kristel was found. 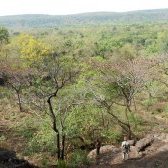